Justyna Filochowska
The film is set before World War I in a small Galician town in Kazimierz district of Cracow. 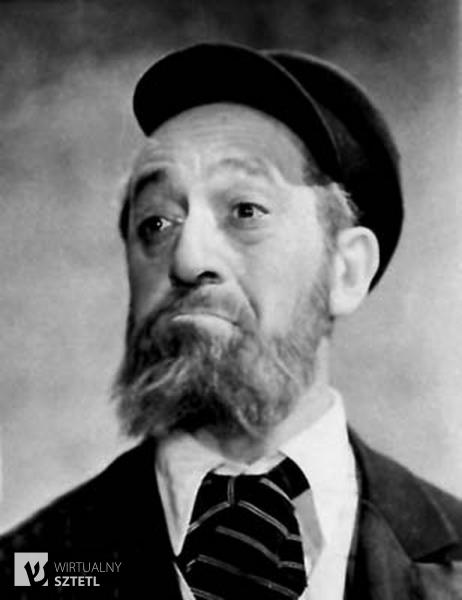 Gecl, Purim clown, appears in a small town. He cannot find work anywhere, but finally a poor shoemaker, Nuchim, employs him. Gecl falls in love with shoemakers's daughter, Esther, but she falls for circus artist who visited the town with his large troupe. Despite the prohibition of the father, she meets him. After several days of the circus leaves theb town. Unexpectedly shoemaker Nuchim comes into an inheritance and becomes rich. He decides to find a well-off husband for Esther. During the joyful and colorful Purim Holiday, Gecl scandalizes, accusing and mocking the rich people, including Esther's fiancé. Gecl is driven out of town, but Esther, who was impressed by his courage, flees with him. They get to Krakow, where Gecl tries to find a work. Esther sings on the stage and become popular singer. Gecl returns to the town, but he does not want to say where the girl is. After some time the circus artists come again. Among them there is Esther, who presents his beloved as a husband. The parents agree to their marriage.

'Purim clown' is one of the musicals which display authentic folklore, Jewish songs and dances. It presents the daily life of Jewish families, their sadness and their joy, small dramas which end with the great surprise of fate and everything which is subjected to the traditional rhythm of religious precepts and ordinances. Today we consider this film as a record of distant world with its unique charm and poetry as well as its specifically Jewish smiling through tears.