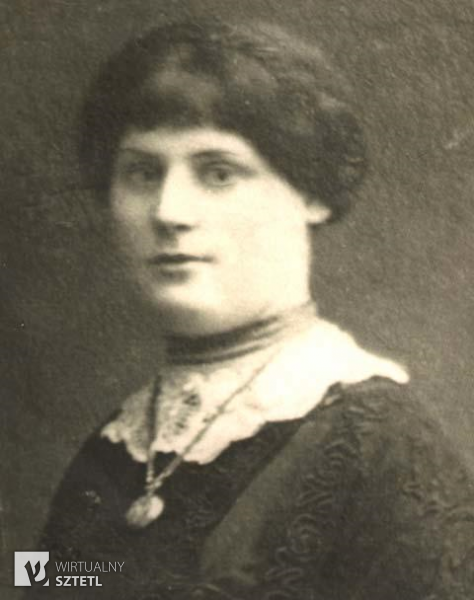 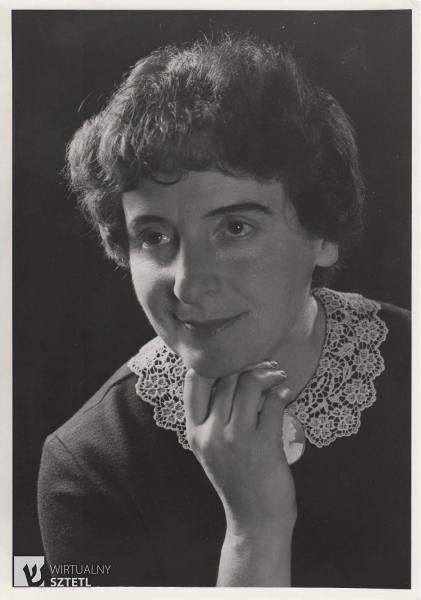 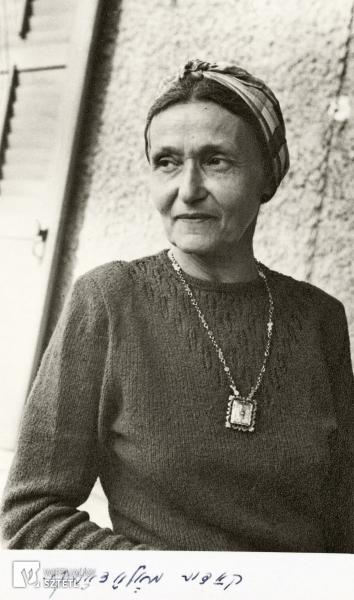 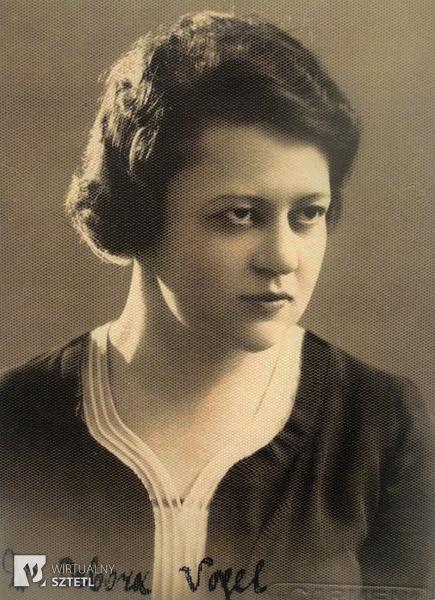 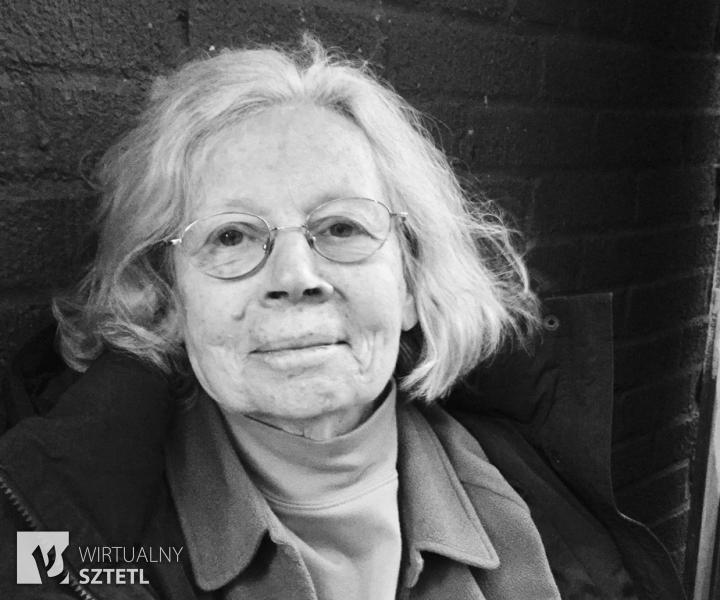 In the five centuries of its development, Yiddish literature has developed and conveyed various models of femininity and worked out strategies for the expression of female subjectivity. Writing in Yiddish, a language in its essence open to various influences and forms of discourse and devoid of homogenisation and aspirations to speak with the authoritarian voice of the elite, has turned out to be fertile ground for fostering women's creativity.

In olden literature addressed primarily to women and those “who resembled women,” female poets spoke primarily as faithful followers of Judaism advocating for moral purity and as devoted daughters of Israel suffering due to exile and persecution and awaiting redemption. They assumed the role of preachers, authors of prayers and religious songs, or typesetters of books, immortalising their voices on their margins.

The first known female authors in Yiddish literature appeared in the 16th century. They were the authors of rhymed forewords and afterwords accompanying published works (e.g. Royzl Fishels – the author of a poem serving as the foreword to the translation of the Book of Psalms published in Kraków in 1586, or Gela – a printer's daughter who, as a twelve-year-old girl, wrote the afterword to a prayer book published in 1710). Female preachers were also an important group at the time, with Rebecca Tiktiner being perhaps the most prominent. She lived in Prague in the 16th century. She wrote a guide on ethics for women titled Meneket Rivkah [Rivka’s Nurse] and an elaborate hymn for the Simchat Torah holiday.

The quintessential form of the so-called feminine style in Yiddish literature were tkhines, which evolved mainly in the 17th and the 18th centuries. These were individual prayers said on such occasions as, for example, lighting the Sabbath candles, baking challah, returning from the mikveh, birth of a child, etc. Two of the best-known tkhines authors are Sarah Rebecca Rachel Lea Horowitz (1720–1800) and Sarah – daughter of Mordechai from Satanów, known as Sarah bas Tovim. Tkhines sanctioned the traditional role of women in the Jewish community, but at the same time served as an expression of female aspirations.

In the second half of the 19th century, the status of the Yiddish language changed significantly. It became one of the important carriers of political movements and the reformulated Jewish national aspirations. The emancipation of Jews brought with itself a growing appreciation of Yiddish and the creation of “strong, masculine” foundations of literature written in this language. This also saw a clear trend of strengthening of its secular current, which in turn forced women to once again fight for their place in the world of publishing. The year 1888, or more specifically the publication of Roza Goldsztejn’s book of poems, is considered the beginning of modern women’s poetry in Yiddish. The watershed moment for prose is indicated slightly earlier, namely in 1875 – it was the year of publication of Der receikh un receiekhte [Murderer and Murderess], a mystery novel by Fruma Drejzin. However, in general it was easier for women to publish poetry rather than prose.

The readers of Yiddish prose, which saw a rapid rise in popularity in the 19th century, were still mostly women. It soon became clear that female authors could very well be strong competitors for the literary mainstream, as they were able to easily find a common language with the mass audience. In this respect, the achievements of certain authors deserve to be highlighted even more. Among them was Sarah Reisen, who in 1911 published a collection of prose pieces titled Kholem un Vor [Dream and Reality], or the remarkably original writer Jenta Serdecka, who in 1913 published a collection titled Geklibene shriftn [Collected Works] which touched upon various themes, including the so-called froien frage (the women's question). The group of female prose writers continued to grow, joined by such authors as Fradel Stock or Ester Kreitman.

The interwar period saw women take a more and more prominent place in Yiddish poetry, as evidenced by the anthology Yiddishe dikhterins [Yiddish Poetesses] published in 1928 by Ezra Korman, as well as dozens of poetry books and numerous – individual and collective – press publications. This creative production had three major centres: Poland, North America, and the USSR. Women were able to be increasingly involved in the literary world as the old social order started to crumble in the aftermath of World War I and the Russian Revolution. Concomitantly, Jewish women started to gain public awareness and aspire to actively participate in the social and political life.

Women’s poetry from the interwar period remains a testimony to the erstwhile moral revolution, radicalisation of attitudes, and transformations in the model of Jewish femininity. The authors active at the time redefined the issue of motherhood, broadly understood corporeality, eroticism, and the act of creation.

We can distinguish three models of this new femininity:

The first developed in the circles of progressive milieus with a feminist bent. It represented the model of a liberated woman living in accordance with the spirit of modernity as understood at that time, distancing herself from the ideals of her ancestors though being constantly aware of the heritage of her mothers and grandmothers (e.g. the poetry of Raszel Weprińska, Celia Dropkin, Kadia Molodowsky).

The second was popularized in the feminism-oriented circles of Jewish Neo-Orthodoxy. It was embodied in the ideal of the so-called “New Rachel” – a young woman who consciously chooses religious identity, wants to remain a proud guardian of Jewishness but at the same time clearly emphasises her subjectivity, is educated, active, well-informed about political and social problems (e.g. the poetry of Rosa Jakubowicz, Miriam Ulinover).

The third was closely related to the post-revolutionary changes in the USSR and the image of the New Socialist Woman: emancipated and equal to men, participating in industrialisation, fighting on battlefronts with a rifle in her hands, and finding herself in a new type of relationship between a woman and a man based on free love (e.g. the poetry of Aniuta Piatigorska, Chana Lewin).

There were also some outliers whose work did not fit into any of these models, such as Debora Vogel or Chasia Kuperman, who focused on experimenting with the poetic form and could be considered the avant-garde of Yiddish literature.

In the interwar period, the new voice of women in Yiddish poetry – often revolutionary and radical – was repeatedly lambasted by literary critics, who expected conservatism from women's literary output.

The Holocaust was a terrible turning point which put a halt on the centuries-long development of Yiddish literature and language in Europe. Yiddish came to play a special role in the multilingual Holocaust literature – the role of a co-victim, witness, and guardian.

One of the first writers to discuss the Holocaust of Jews in poetry was Kadia Molodovsky. She tackled the subject as early as 1941, despite the fact that she had emigrated from Warsaw to New York in 1935. Her oeuvre is a wide panorama of Jewish experiences in the 20th century, all presented from a female perspective. From poetic manifestos of modern femininity (e.g. Froyen-lider published in 1927), through the complexity of the immigration experience (e.g. the novel Fun Lublin biz Nyu-York. Togbuch fun Rivke Zilberg [From Lublin to New York. Rivke Zilberg's Diary], 1942), up to the life in Israel (e.g. the novel Baym toyer. Roman fun dem lebn in Yisroel [At the Gate. A Novel about Life in Israel]). After World War II, Molodovsky became one of the leading figures in Yiddish literary life. In the years 1943–1944 and 1960–1974, she published the Svive literary quarterly, a unique phenomenon in the history of the Yiddish press.

Chava Rosenfarb – a Survivor of the Łódź ghetto, Auschwitz, and Bergen-Belsen – made significant contributions to international literature of the Holocaust. As a direct victim of the Holocaust, she largely devoted her poetry and prose to testifying to this boundless crime and to immortalising the annihilated world and culture through the written word. Her greatest achievement is Der boym fun lebn [The Tree of Life], a trilogy of novels published in 1972 – a wide panorama of the Jewish community living in the Łódź ghetto.

One of the most original female voices in post-war Yiddish poetry was the work by the Israeli poet Rukhl Fishman. In a refined, condensed form, she expressed the female experience of the kibbutz reality, the joy of carnality, and the struggle with a disease that ended her life prematurely.

The history of Jewish women’s poetry in Yiddish is not a closed chapter. Nowadays there are still authors writing in this language, for example, Gitl Schaechter-Viswanath (born in New York in 1958), Khayke Beruriah Wiegand (born in 1970, London). Particularly worth naming is also Irena Klepfisz (born in the Warsaw ghetto in 1941), who experiments with combining Yiddish with English in order to find answers to the dilemmas of secular Jewish identity.