Warsaw. Love in the accounts of the Survivors of the Warsaw Ghetto 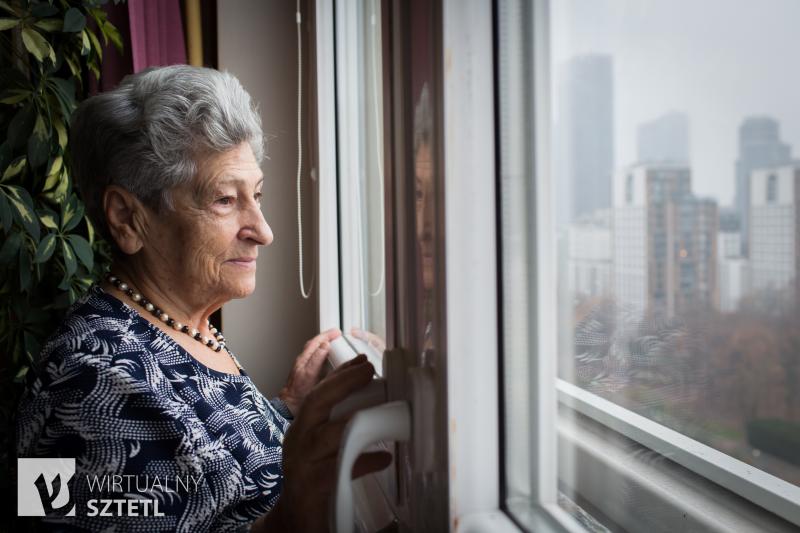 Love is the leading motif of this year's 10th anniversary edition of the Daffodils Social-Educational Campaign organised by POLIN Museum as part of the commemoration of the 79th anniversary of the Warsaw Ghetto Uprising.

The importance of love in the tragic circumstances of life in the Ghetto was emphasised by Marek Edelman, one of the Uprising commanders and guardian of the memory of the Warsaw Ghetto. You can find out what was love like in those terrible times by watching interviews from the POLIN Museum oral history collection. Survivors talk about various manifestations of love, as well as mutual care and dedication to their relatives.

As an eleven-year-old girl, hid with her family in a bunker in the ghetto from January 1943. She remembers one day her brother Isaac brought in a girl he knew, Anna, lonely and desperate. Isaac asked her parents to let her stay. These were pious Jews. They said, "Okay, but you won't just be like that, you have to get married."

There, in a bunker underground, the ceremony took place.

"I don't think there was any [chuppah], there was no canopy, but they took the marriage vows from my father's hands," recalls Krystyna. "And so I got a sister-in-law who survived and was with me until the end."

All the remaining family of Krystyna Budnicka perished in the ghetto.

Celina, the cousin of another Ghetto Survivor, Halina Aszkenazy-Engelhard, also lost her relatives in the ghetto. Halina's mother took her in and gave her motherly love. Cheerful and charismatic Celina attracted many people who created a circle of friends, who met and supported one another. “Everyone liked her a lot, she was fantastic,” says Halina. "And we had two boys' room next to us, they all came to us." Before the uprising in the ghetto, both girls, together with the boys, went to the attics to look for tools for self-defence.

In the group of Celina's friends there was a young poet, Halina's admirer.

"He was very nice to me," she recalls.  But the reality of the ghetto cast a shadow over even this infatuation. During one of the meetings, on Halina's birthday, he unexpectedly told her: "You know, I am looking at you, you are so young, but to think that it is your last birthday and you are only 19." “I rebelled terribly: «But what are you saying! This is not my last birthday. I will live! » He looked at me sadly: «You think so? You may only think so... »."

In April 1943, Halina and Celina jumped off the train going to Majdanek death camp. Halina survived. Celina – was recognized by Poles as a Jew and died on her way back to Warsaw.

Piotr Graff, who ended up in the ghetto at the age of three, talks about love for loved ones and the tragic decisions resulting from it. In June 1942, the family organized the boy's escape and hid him with a Polish family. His grandfather and uncle threw him through a grate in the Courts building on Leszno Street. "It was at noon, I remember I got a light in my eyes and that stayed with me as a symbolic thing," Piotr Graff recalls of the escape. Meanwhile, his mother returned to the ghetto, to her parents.

“Mum might have survived, but she decided not... She had old parents. She decided not to abandon them. She had this devastating choice whether to abandon her own child or her parents. I don't know if she made a conscious choice in the end, or just delayed it until it was too late."

Family members faced choices: stay with those who are vulnerable or join those who have a better chance of survival? Whom to save - yourself, parents or children? Memories of similar dilemmas appear in other accounts of the Survivors. The story about a grandmother who risked her own life to save her granddaughter is told by Survivor, Katarzyna Meloch.

"A group of Jewish policemen who were organizing gatherings of Jews for the train to Umschlagplatz rolled into the courtyard and caught me. [...] I started to cry loudly, I was scared [...] Grandma Michalina recognized my crying and immediately ran from her hiding place to the courtyard. Then she started negotiating with the policeman, so that he would let me go for a while, that I would take better shoes. She stayed behind and was taken to Umschlagplatz instead."

Michalina managed to escape from the Umschlagplatz and met her granddaughter later, already on the "Aryan side", at the home of Jadwiga Deneko, a Polish friend. Recalling that story, Katarzyna Meloch emphasizes that it was the caregivers of the children who made the decisions that were key to saving them, sometimes risking their own lives. In an act of love and concern, they decided to part with their children in the hope that they would survive on the "Aryan side".

"There was such a tendency in the ghetto, today I know it and understand that first of all it was necessary to save children. […] Marek Edelman spoke about it after the war. And today, when much is said about Jews being saved by Poles, it is forgotten that it was Jews, the Jewish parents, Jewish grandmothers and Jewish grandparents that saved us the most. These were our front-line rescuers."

Years after the war, Marek Edelman appealed to show that when talking about the ghetto, about the cruel life outside its walls, it should be shown that its inhabitants were able to rise above this reality in various ways.

The quotes used by Marek Edelman come from the book "I była miłość w getcie" (Wołowiec 2015).