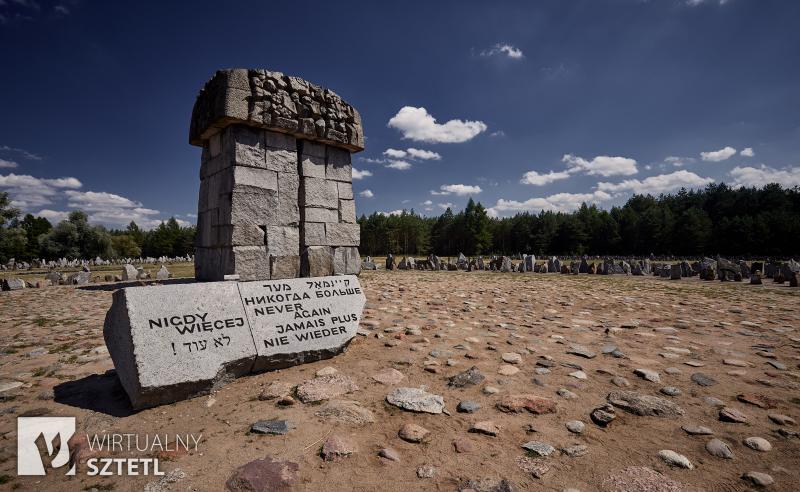 Audio guide educational path Extermination Camp Treblinka II can be used on smartphones (systems iOS or Android). It can be downloaded for free from GooglePlay or AppStore. History of the camp and stories of selected people is shown in 15 points. These points are visible on the paper map and on the google map avalaible in phone. When user approaches the point, automatically starts connected audio.

The path leads through the Treblinka “Martyrs’ Path”. Each point starts with some historical introduction (from creation of the camps Treblinka I and Treblinka II, through the camp topology, perpetrators, prisoners, mass killing process, to the resistance in August 1943) and voice of the witness (selected from their accounts or memoires). Not only basic information is provided, but also victims perspective is shown – these people, who were murdered and these who survived.

Audioguide in German was created thanks to a grant from the Foundation for Polish-German Cooperation, which was also supported by Rotary Clubs: Rotary Warszawa City, Berlin Mickiewicz, Warsaw Goethe, District 2490 Israel. Special thanks go to Mr. Martin Bredol and Torsten Lehmann, who, apart from translating the texts into German, supported the creation of the path at all stages.