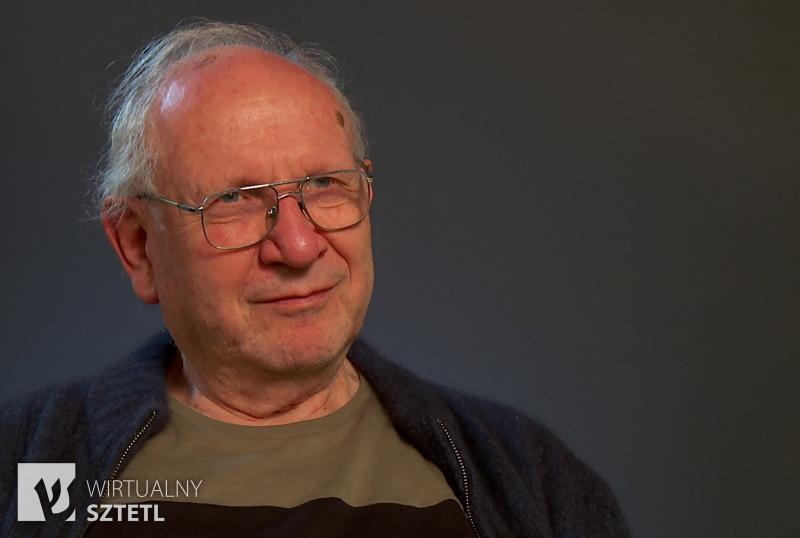 Ari Ramon was born in Lviv as Ludwig Singer on 29 May 1939. His father, Immanuel Singer, was born in Podhajce and had a brother; his family leased manor farms in Galicia. He graduated from secondary school. He fought in the Polish-Bolshevik war; after his release from the army he became the head of the technical company “Wentyl” in Lviv - that is where he met Ari Ramon's mother, who was a clerk. He died in 1973 in Israel.

His mother, Nuomi Singer, came from a religious Jewish family. Her father was a well-builder; she had two sisters (Róża Reisler, who died before the war and Matylda Reisler) and two brothers (Jakub and Salomon).

Before World War II, Ari Ramon's father was a member of the Polish Army reserve, in case of the outbreak of war he was to defend the border with East Prussia. In 1939 he was sent to a prisoner of war camp, from which he managed to escape to Chełm. He worked in the German barracks. Ari Ramon stayed with his mother in the Lviv ghetto. They were taken out by his father's friends from the barracks and brought to Chełm.

The family initially lived with his father's friend, an electrician called Jastrząb in Chełm, then in Choszczówka. They said they were Polish Catholics; Ari Ramon's name was Kazimierz Borzęcki, his father’s name was Stanisław and his mother’s Stefania. His father worked in the Home Army in Warsaw.

During the Warsaw Uprising they escaped from Choszczówka and crossed the front line; they were evacuated to Lublin and from there they left for Chełm. After the war, his father worked in a brewery for some time and spent six months in prison. They settled in Sopot, and then in Gdynia, where his father was the head of the Joint office in Gdynia.

On 24 August 1950, they left Poland on a ship hired by Sochnut going directly from Gdynia to Haifa. After arriving, they were quarantined for one month, then stayed in an open camp for three months. Ari Ramon went to school in Jaffa, then in Holon. He studied mechanical engineering at the Haifa Polytechnic (graduated in 1962), and after graduation served in the army for 10 years as a professional officer (he ran a design office); he received an award from the Ministry of Defence. After leaving the army, he worked for the food industry, then as a freelancer; he spent several years in South Africa; he was a co-owner of an engineering company.

He visited Poland for the first time after 65 years.

The interview was recorded at the POLIN Museum of the History of Polish Jews in Warsaw.