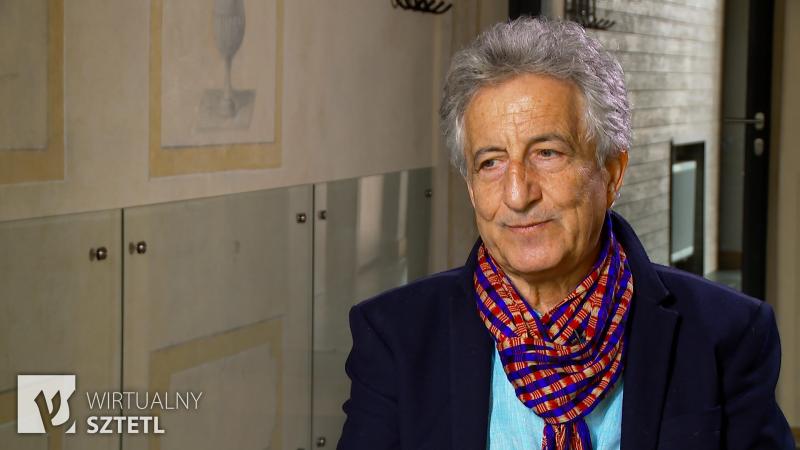 Michał Hochman was born in 1944 in Issyk-Kul, near Omsk, in the former USSR (now Kyrgyzstan). His parents came from the villages of Piaski and Siedliszcze, near Lublin. Following the outbreak of World War II, together with his older brother, his family from the Germans to Soviet-occupied territory. From there, they were deported to Siberia, from where they managed to return to Poland in 1946. Initially, they reached Wrocław, however they settled in Lublin shortly after.

In Lublin, the Hochman family lived on ulica Lubartowska and then on Krakowski Przedmieście. His sister, Irena, was born in 1948. Michał Hochman finished primary school in Lublin and the attended the Jan Zamoyski Comprehensive High School. He was already passionate about music in his early childhood. At the end of the 1950’s, he began performing and quickly gained popularity, winning many awards in regional and national piano competitions. Playing “Konik na biegunach”, he qualified to play at the 2nd Polish Song Festival in Opole.

Influenced by the 1968 antisemitic campaign, the Hochman family decided to leave Poland. Despite his developing musical career and his continuing geography studies at UMCS, he left the country in October 1968, less than a month after his parents and siblings. Via Warsaw, he arrived in Vienna and, from there, he headed for New York. For a time, he had difficulties in continuing his artistic activities. However, after overcoming them, he composes and plays concerts in the United States and in Poland. In 1986, he gave his first concert in Lublin since emigrating. He has returned many times to Poland and has an apartment in Warsaw.