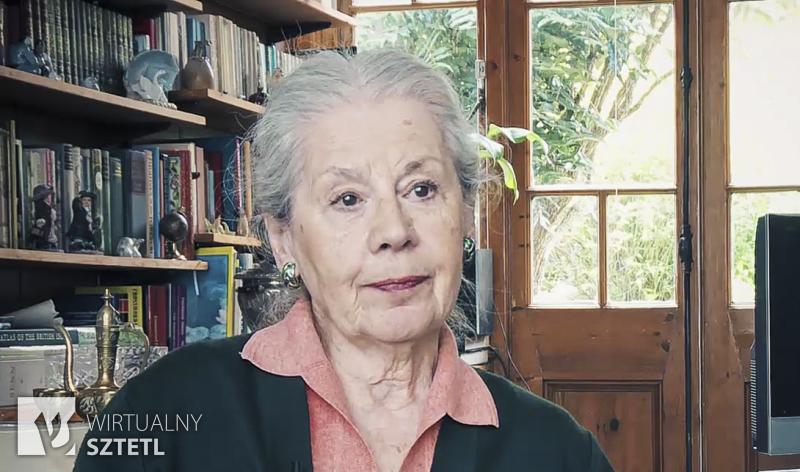 Janina Dawid was born on 19 March 1930 in Kalisz as Janina Dawidowicz. An only child, daughter of Marek and Celia Dawidowicz. Her parents owned a mill in Kalisz and residential buildings which they rented to tenants. Janina Dawid's family was not religious, but they celebrated Jewish holidays and Janina Dawid attended a Jewish school for some time.

In September 1939, together with her grandparents, Janina Dawid left for Warsaw. Her father spent some time in the east of Poland, but after a failed attempt of his wife and daughter to return to Kalisz he joined them in Warsaw.

After the Warsaw ghetto was established, the family lived in Nowolipki. Marek Dawidowicz worked in the Jewish police, his mother sold off her clothes and ran the house. In 1943, before the outbreak of the Warsaw Ghetto Uprising, the Dawidowicz family left their daughter with a pre-war friend of Marek, Lidia and her husband, Eryk, who had moved to Poland from Germany before the outbreak of the war. Celia Dawidowicz was probably murdered during the liquidation of the ghetto, while Marek managed to escape. He died during his stay with guerrilla fighters in the Lublin region.

Eryk, abandoned by his wife, placed the girl in a monastery in Płudy, but after his arrest by the Gestapo Janina Dawid was transferred to the Congregation of the Family of Mary, then residing in Warsaw.

There Janina Dawid survived the occupation. During the Warsaw Uprising, together with other children and the nuns, she was taken out of the burning capital by an unknown German officer, and then stayed in Kostowiec. Found by Eryk, she returned to Kalisz, where she met her mother's brother, the only surviving member of the family.

In November 1946, after a temporary stay in an orphanage in Zabrze, she left for France. From there, she moved to Australia and after graduating from school and university she settled in the UK. She has been writing from the 1970s. She also participated in the preparation of feature and documentary films based on her biography.

Interview was recorded at Janina Dawid’s house in suburb of London.