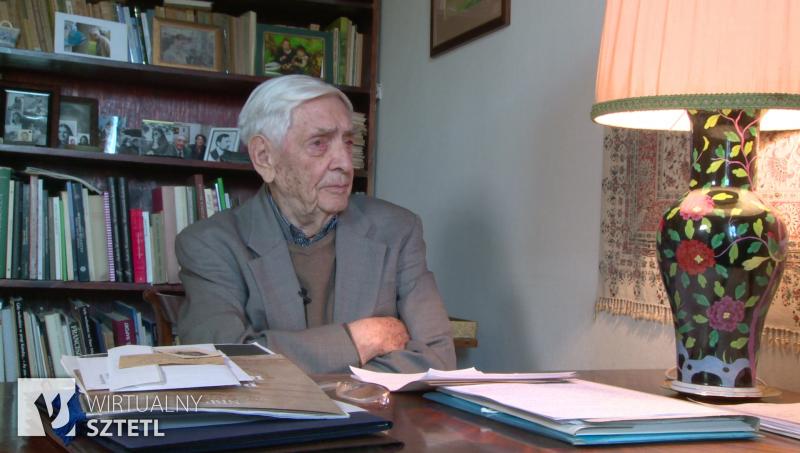 Janusz Durko was born on 23 February, 1915, in Warsaw. He graduated from Jan Zamojski Middle School, and in 1934-1938 studied history at the University of Warsaw. The outbreak of the Second World War finds him and his family in Warsaw. His sister, Mirosława, a graduate of the  Law School at the University of Warsaw, and her co-workers (working for a pension insurance institution located at Krakowskie Przedmieście), are evacuated to Lviv.

Janusz Durko stays in Warsaw and begins working for the Social Welfare Committee, and becomes appointed Secretary of the Executive Board of the Warsaw Housing Association located in Żoliborz. Durko works for the Warsaw  Construction Company (Społeczne Przedsiębiorstwo Budowlane – SPB) until the outbreak of the Warsaw Rising. In 1942, he marries Barbara Pikulińska and moves to her flat at ul. Krechowiecka 6/42. Together with his wife he helps a series of Jewish escapees from the Warsaw Ghetto - by hiding them in his flat, helping them find permanent hiding places, and helping them find employment. The outbreak of the Warsaw Rising finds the Interviewee in Żoliborz; together with his wife and Irena, who is their tenant, is interned at Laski, where he remains throughout the rising.

At the end of the war, he is initially employed by the Bureau for the Reconstruction of the Capital (Biuro Odbudowy Stolicy), where he works for six months. He is then offered a post at the Institute of National Remembrance (Instytut Pamięci Narodowej), at the Central Directorate of State Archives. In the years 1951-2003, he is director of the Historical Museum of Warsaw, and in 1968-1990 is a member of the Museum Council of the Jewish Historical Institute. Janusz Durko has received more than thirty Polish and international distinctions for his contributions to culture. In 1987, Professor Janusz Durko and his wife Janina were honoured with the Righteous Among the Nations title, and in 2010 they received honorary citizenship to the State of Israel.

The conversation was recorded in the flat of the Interviewee in Warsaw.