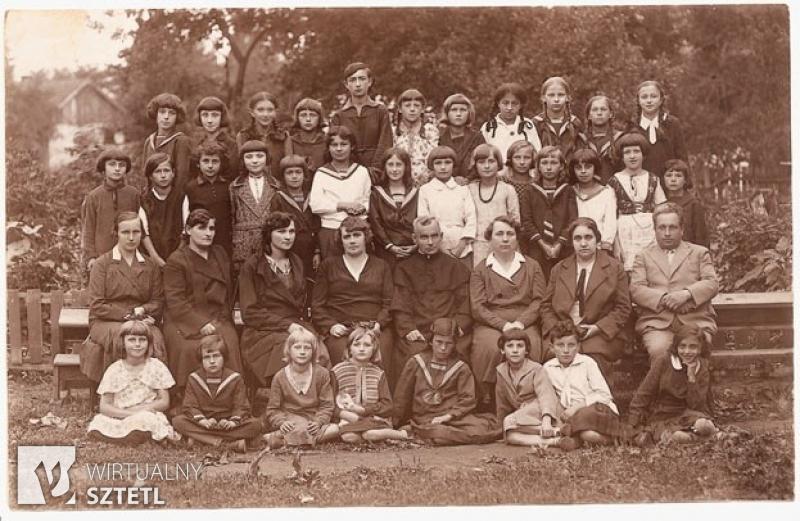 The earliest mention of Jews in Leżajsk in historical sources dates back to 1521. In 1563, the town was inhabited by 20 Jewish families. Their number decreased to 12 in 1577.

Nonetheless, the Jewish community must have soon grown in size, because at the beginning of the 17th century it already owned a synagogue, first mentioned in sources in 1629. In 1635, King Władysław IV Vasa granted the Leżajsk Jews the right to produce and sell beer and mead. This privilege was confirmed by King John III Sobieski in 1682. At that time, a Jewish street already existed in the town. The Leżajsk kehilla was established in the mid-18th century. It owned a synagogue, a bathhouse, a hospital (an alms-house for the poor). The local Jewish cemetery was founded in the late 18th century.

In 1777, the Leżajsk kehilla paid a yearly tolerance tax in the amount of 909 zlotys. This shows that it was the tenth largest Jewish community in today’s Podkarpackie Province. In 1785, 756 Jews lived in Leżajsk. At that time, they owned 63 houses in the town. After 1772, following the First Partition of Poland, Leżajsk found itself under Austrian rule. Since 1792, Jewish children were obliged to attend Jewish schools with German as the language of instruction (Jüdisch-Deutsche Schule); they would also concomitantly receive religious education in cheders.

At the turn of the 19th century, Leżajsk became an important centre of Hasidism. In 1772, the town became the seat of Tzaddik Elimelech ben Eleazar Lipmann (b. 1717, d. 11 March 1787), later known as Elimelech of Lizhensk. He started to serve as the local rabbi in 1775. Elimelech, like his older brother Zushya of Anipol (Annopol), was a disciple of Dov Ber, the Maggid of Mezritch. Elimelech authored numerous volumes of Kabbalist essays, including his most important treatise: Noam Elimelech, published in 1787, which presented his views on the religious and social role of tzaddikim. The work laid the foundations of the Hasidic movement based on religious communities headed by tzaddikim. It was in Leżajsk where Elimelech founded the first and most important Hasidic centre in Galicia. His disciples included: Menachem Mendel of Rimanov (Rymanów), Yaakov Yitzchak Halevi Horowitz or the Seer of Lublin, Kalonymus Kalman Halevi Epstein of Kraków, Moses Leib of Sasov (Sasów) and Avraham Yehoshua Heshel of Apt (Opatów), Levi Yitzchok of Berditchev (Berdychiv) and David ben Shlomo Biderman of Lelov (Lelów). When the Seer of Lublin rebelled against his master and moved to the town of Łańcut, Elimelech cursed every Hasid who accepted the rebel as their tzaddik. After Elimelech’s death, many of his followers moved to Annopol, as they considered his brother Zushya to be his successor. The new tzaddik of Leżajsk was initially Yehuda Leib of Zaklików, but he soon resigned the post and was succeeded by the eldest son of Elimelech, Eleazer (d. 14 July 1806).

Since 1815, Leżajsk formed part of the Kingdom of Poland, a Russian puppet state. It was a provincial town and a centre of local trade and crafts. The most important local enterprise was the beer brewery. In 1870, the Jewish community of Leżajsk had 1,944 members and owned two synagogues. In 1891, the Jewish community of Grodzisk Dolny was incorporated into the Leżajsk kehilla.

In 1895, the Credit Society was founded in Leżajsk with Naftali Winman as its president. In 1898, anti-Jewish sentiments, mostly on economic grounds, came to a boil in the town. By 1900, the community had grown to 3,162 people, including 1,950 Jews living in Leżajsk itself. However, the kehilla did not employ a rabbi at that time. After the local dynasty of tzaddikim died out, the Hasidic community became divided into the followers of tzaddikim of Belz, Shinova (Sieniawa), and Bobov (Bobowa).

Over the first decade of the 20th century, the number of Jewish residents of Leżajsk fell to 1,705. In the autumn of 1918, a band of robbers – deserters from the Austrian army – led by Adam Płaza was prowling around the town. The bandits murdered a Jew in Stare Miasto near Leżajsk and a family of three in Jelna.

In 1921, there were 1,575 Jews living in Leżajsk, making up 31.1% of the total population. Their main source of income was trade. Jews owned 174 stores in the town itself, while Poles and Ukrainians owned just 14. Jewish entrepreneurs were associated in the local branch of the Jewish Economic Union, which in 1939 was headed by Israel Izydor. Merchants were members of the Merchants' Association with Alter Anfang at the helm. The town also boasted the Merchants’ and Craftsmen’s Credit Union.

Before the outbreak of World War II, the Jewish community of Leżajsk comprised 1,896 people. It boasted a library and schools run by Tarbut, Yavneh, and Beit Yaakov.

German troops invaded Leżajsk on 13 September 1939. The occupiers soon set fire to the synagogue and burned Jewish sacred texts at the Market Square. At the end of September 1939, the majority of Jews were driven out of the town, crossing the San River and reaching the Soviet occupation zone. Ca. 350 Jewish people remained in the town. In 1941, a ghetto was established in Leżajsk. Apart from the local community, the ghetto population also included a group of ca. 500 Jews displaced from Kalisz. The following year, a part of Jews held in the Leżajsk ghetto were taken to the labour camp in Rozwadów, some were deported the ghetto in Rzeszów, and others were driven to the camp in Pełkinie. On 15 July 1942, the Germans shot 16 Jews in Stare Miasto near Leżajsk and murdered 20 more in nearby Jelna, in the forest next to the railway tracks.

After the war, some of the surviving Leżajsk Jews (33 people) returned to the town. On 18 February 1945, a unit of the National Military Organisation under the command of Józef Zadzierski alias Wołyniak (Volhynian) raided three Jewish houses and the NKVD building. Among the casualties were 11 Jews, alleged contacts of the Ministry of Public Security and collaborationists.