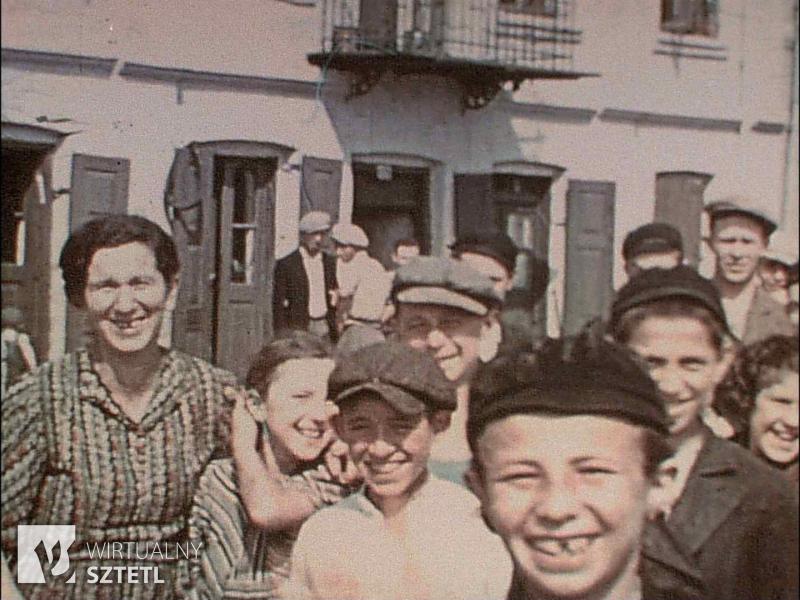 In 2009, in the basement of his parents’ house in Florida, Glenn Kurtz discovered a forgotten film reel with images shot 70 years earlier. Intrigued, he tried to ascertain the almost illegible content. The film turned out to be a visual recording of the Polish tour of his grandfather, David Kurtz. In August 1938, David came to his native Nasielsk (which he left in 1890), where he recorded a few minutes of street life in the Jewish quarter. The film was passed to the United States Holocaust Memorial Museum. There it underwent digital processing and reconstruction.

The film was brought to Poland in 2014. It was also screened in the Nasielsk Town Library. In 2015, Glenn Kurtz's book titled Three Minutes in Poland: Discovering a Lost World in a 1938 Family Film was published. The author conveyed there the story of the film's discovery, as well as the effects of his four-year research on its content. The book includes interviews with seven elderly, pre-war Nasielsk inhabitants who bring back the memories of their childhood. One of them, Morry Chandler, recognized himself in a thirteen-year-old boy, immortalized in one of the frames.

Despite its far from perfect technical quality, the film shot by David Kurtz makes quite an impression. Of course, it is hard to suppose that the Jewish inhabitants of Nasielsk were as lively and excited every day as shown on the screen. It was the presence of the camera that aroused such emotions, prompted to scuffle, making faces, sometimes looking the other way. Perhaps many of those filmed people felt that they were participating in something sensational or even important from the point of view of local history. Nobody, however, thought that this history would prove so tragic. Two years after recording the presented scenes, on December 3-4, 1939, the Jews of Nasielsk, probably including all the protagonists of the film, were forced by the Germans to leave the town and then go to Międzyrzec Podlaski and Łuków. From there, most were deported to Warsaw, where together with other victims of the Warsaw ghetto - died on the spot or in Treblinka. It is estimated that from three thousand local Jews only 80 survived. Thus, only a few months after the visit of the filmmaker, the Jewish Nasielsk ended its existence, and almost all the people shown in this film lost their lives a few years later.

The film is accessible on the website of the United States Holocaust Memorial Museum: https://collections.ushmm.org/search/catalog/irn1004329