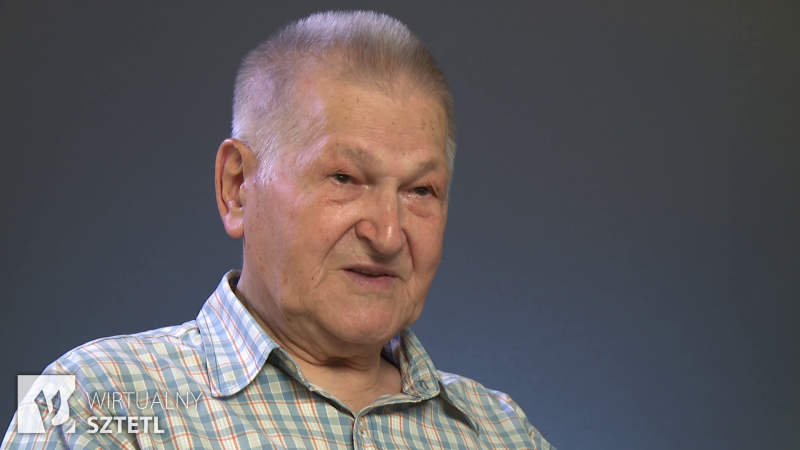 Stefan Galas was born on 18 March 1925 in a village named Konotopa. Initially, his father worked at a glassworks in Ożarów, later the family moved to a village named Strzeniówka to take over the farm belonging to his mother’s siblings. They lived at the farm together with the Czajka family (family of Stefan Galas’s maternal aunt). He had two brothers; apart from that, his parents also took care of one of his maternal uncle’s daughters after his wife died. Stefan Galas attended a public school and a secondary school, and then received underground education; in 1944, he passed his secondary school final examination.

During the war, the Galas family hid a Jewess named Rachela Birmbaum as well as her father (a tailor). They also helped a Jew named Jas. After the war, Jas and Rachela got married and settled down in Niemcza in Lower Silesia, and later emigrated to Israel; they had two sons.

In 1945, Stefan Galas started studying at the Faculty of Forestry of the Warsaw University of Life Sciences, but he interrupted his studies, left for Masuria with his wife and started working for the local forest inspectorate. He was conscripted into the army and became a professional soldier for 13 years. He graduated from a university with a degree in pedagogical studies and became a teacher of mathematics, physics, chemistry and civil defence training for 40 years. He is currently in retirement and has lived in Muranów, Warsaw since 1960.

The interview was recorded as part of the project “Polish Righteous – Recalling Forgotten History” implemented by the POLIN Museum of the History of Polish Jews.