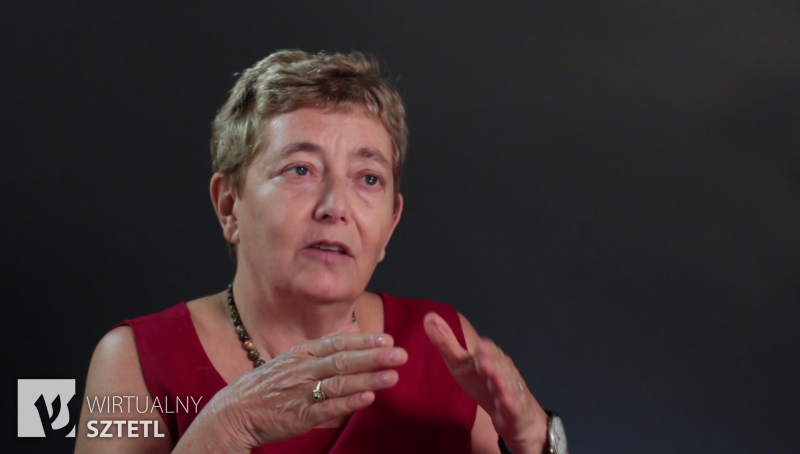 Małgorzata Melchior was born in 1951 in Warsaw. Her parents, unknown to each other at that time, left for France in the 1930s. her father studied medicine there (which was impossible in Poland due to the limits in operation, considering the numbers of Jewish students). Her mother fled to France, afraid of being arrested for communist activities. They married in 1939 and spent World War II in France, participating in the Resistance Movement. In the aftermath of the World War ii, they returned to Poland, found apartments in the Warsaw City Centre and became employees of the state institutions. In 1962, Małgorzata Melchior’s father was dismissed from the Ministry of Foreign Affairs, and started to work as a translator. Her mother died in 1964.

In the aftermath of the March 1968 events, Małgorzata’s elder brother immigrated to Sweden. Then a teenage Małgorzata did not want to emigrate from Poland and persuaded her father to remain in the country.

She began studies of biology, which she had to break due to the increasing, serious problems with her sight. Based on her experiences at work with the drug addicts, she decided to undertake studies at the Institute of Social Policy at the University of Warsaw. She graduated in 1979 obtaining the Master’s Degree and began her work at the University of Warsaw where she has been a lecturer until today. Her scientific research focuses, among others, on issues of Jewish identity and Polish-Jewish relations.

Interview has been recorded at POLIN Museum of the History of the Polish Jews.