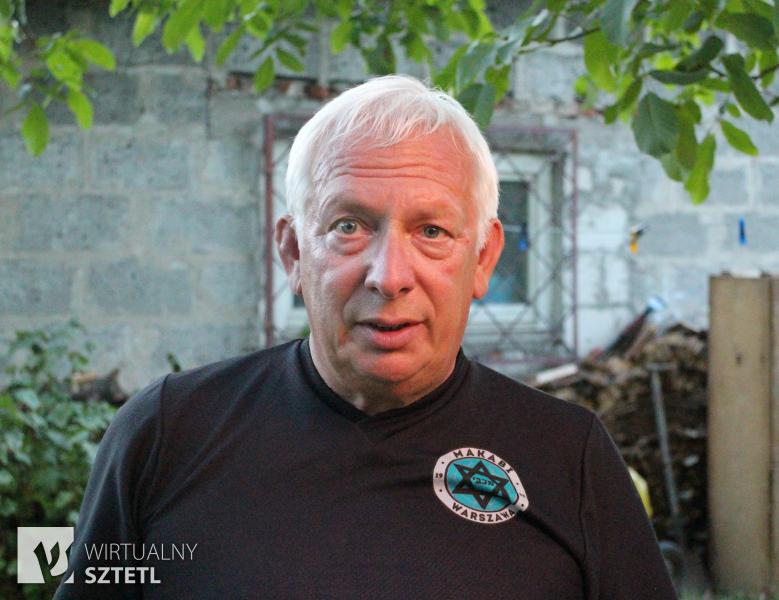 Ilja Zmiejew was born in 1955 in Kazan (currently the capital of Tatarstan). He comes from a mixed Jewish-Russian marriage. Parents: Rachela Malinger, surgeon (born on December 1, 1927, in Vilnius, died on June 13, 2013); father Sergiej Zmiejew, psychiatrist.

Before World War II, Rachela Malinger’s father was a travelling salesman working for a German furniture company. Due to her father’s occupation, the family would often move: they lived in Warsaw and then in Łódź, where they were staying when the war broke out. Within the September Campaign, Rachela Malinger’s father was called up to join the army. He was sent to Białystok, where the family reunited. They are evacuated to Kazan, where a chemical factory is being built. Rachela Malinger delves deep in the Russian culture, studies literature and becomes an active Komsomol member. She started studies at the medical academy in Kazan. Her sister Dora marries a Kazan Jew, her brother Israel is conscripted into Berling’s Army.

Ilja Zmiejew begins medical studies in Kazan, from which he is expelled due to being accused of organising an illegal student march. Between 1970 and 1991 he lives in Perm, where he marries a Russian and commences work for a radio station. In 1991 he comes with his whole family to Poland, and settles down in Warsaw. He works for the Russian Editing Team of Polish Radio for twenty years. In Poland he works as an editor, a journalist, a Russian teacher. He also has a successful acting and directing career.

The interview was recorded in the garden of the interviewer’s house, in Piastów near Warsaw. Before the talk, the interviewee put on the jersey of the “Makkabi” sports club.