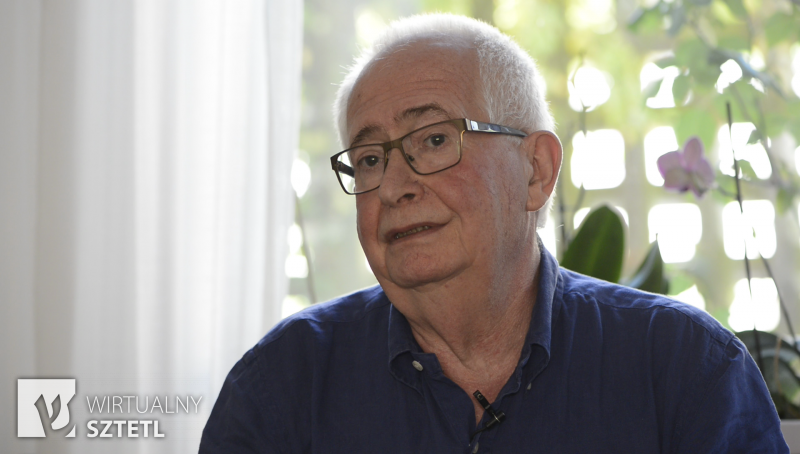 Daniel Huberman was born in Nowa Ruda, where he attended the Friends of Children Society school, and then the Senior High School No.1. In Warsaw, he studies at the Medical Laboratory Technicians School and, in 1968, he is accepted into the Biology Department of Warsaw University. He does not take an active part in the student rallies, but he does observe the public, antisemitic campaign. “I didn’t feel Jewish, but I noticed that everything was more and more directed towards me”. Daniel also sees the impact of the campaign on his fiancé’s family. Her parents, employed in important positions, lose their jobs. His brother worked in Polmozbyt, in an office which has contact with foreign countries. He is demoted.

Following Władysław Gomułka’s speech, Daniel Huberman decides to emigrate. In 1968, he also sees more of his friends leaving Poland. He gives up his studies and, together with his fiancé, makes the decision to emigrate. His mother and brother refuse to leave – the same as does Daniel’s wife’s family. At the end of September 1969, they reach Sweden. They go to a refugee reception centre, where they live from October to May in the following year. Daniel gets works distributing newspapers. He and his wife leave the centre (thus declining any further help from the Swedish state) and come to Lund, where they undertake an intensive Swedish language course and further studies in the Biology Department.

After three years, he begins work as a researcher at the Oncology Clinic in Lund. He studies medicine and graduates, specialising in lung diseases. He is till professionally active. Daniel Huberman stresses that, when emigrating, he felt Polish. “When we landed here, we were Poles with Jewish origins – now we are Jews and Poles”. However, the March’68 campaign brought about an enforced categorization: “If others consider you different, then you are different. Emigration for economic reasons has been talked about but, when we left, we were thinking of matters of principle”.

The conversation took place in the interviewee’s apartment in Lund.